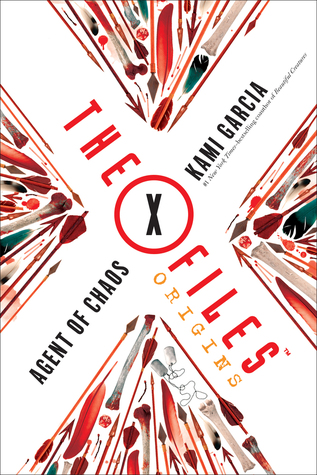 Fox Mulder’s younger sister Samantha disappeared 5 years ago. He blames himself, and he doesn’t know how to get over it. It broke his family apart. Now he’s in a new city in a new school for his senior year of high school, and something weird is happening. Children are disappearing, and turning up dead. The disappearances remind Mulder of Samantha. Could they be linked? The cops won’t listen. It’s up to Mulder and his friends to track down the clues and find the killer before he strikes again.

I tend to go to through phases where I get obsessed with a particular show, and through high school it was the X-Files. I loved it, even the bad episodes. I even watched the spinoff, The Lone Gunmen. Though if you want to talk real-life conspiracy theories, it premiered the spring of 2001, and the first episode was about a conspiracy by the government to hijack a plane and crash it in to the World Trade Center to start a war…

When I found out there were new X-Files books, I really wanted to read them, especially because season 11 premiered last week. I’ll save the rant about how it’s really season 10.5 and how they mistreated Scully. I enjoyed this one, and the look we got at Mulder as a teenager. We only got bits and pieces during the series. While now Mulder and Scully seem so young at the start of the show, they were both adults in the middle of their careers, had completed their educations, and had their basic personalities already established. In this book, Mulder is still in high school, still actively grieving his sister, and trying to figure out not only what happened to her, but how to forgive himself for not saving her. The fan of the show knows that he never really does, and that it becomes one of the defining moment of his life. But this book shows where he found his coping mechanism-psychology, and using his intelligence to profile serial killers and psychopaths and to stop them from hurting people, especially children like Samantha. In season 1 of the show, we see Mulder as the former golden child of the profiling department. He was considered to be one of the most gifted profilers they had, until he became obsessed with the X-Files and became damaged, as so many of his colleagues saw it. Here he learns about profiling, which was still in its infancy in 1979 where the book takes place. It is a little pat that Mulder is so naturally talented at it, but it fits with his characterization in the show.

Writing a media tie-in novel takes a particular skill, since you have to take established characters and put them in a situation you make up, and make the fans believe they would act this way and say these things. Garcia does a good job with this. This book feels like a young Fox Mulder. We also see the beginning of how his life interacts with the Syndicate, since we know they have been around for a long time, and they had something to do with Samantha’s disappearance as a way to control their father. Mulder’s friend Gimble and his paranoid father Major Winchester also introduce Mulder to conspiracy theories that may sound crazy, but may also be true. The worst character is his other friend, Phoebe Larsen, whose name recalls his dislikeable lover Phoebe Green from Oxford who we meet in season 1. They also share quite a few traits, to the point that I thought they were supposed to be the same character until I went hunting for the book character’s last name to confirm it. Phoebe is there to be the girl, and she never quite escapes that role. Then again, this is a book about Mulder, and his relationships with women can be… problematic. Again, that’s another rant.
All in all, the characters worked, the conspiracy worked, and the mystery worked. I’m not sure how many teenagers watch the X-Files these days, though it is on Netflix, and the new season is airing. This book would likely be more popular with people like me, who watched the show, as a non-fan would not get many of the references.

1 thought on “Today I read…Agent of Chaos”