Today I read Ella: a Stepmum’s Tale by J.L. Higgs. 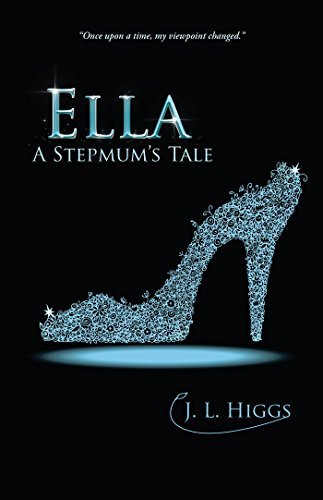 Ah, the story of Cinderella. Every one knows it, right? The beautiful girl, the handsome prince, and the Wicked Stepmother who tried to keep them apart. Well, gentle viewers, this is celebrity reporter Sylvia Stark here with an exclusive interview with Charlotte Johannson Baker, the Wicked Stepmother herself, with her side of the story. You decide who is the innocent one and who is the villain.

I was excited when I won this book from a Goodreads First Reads contest, because I love rewritten fairy tales, and I have a soft spot for the villains. I wrote a short piece defending Cinderella’s stepmother myself for a high school assignment. Unfortunately, this one just wasn’t that great, due in large part to a main character who is a complete twit. Reporter Sylvia Stark keeps claiming she is very bright and deserves to be an investigative reporter instead of a celebrity news reporter, but she misses every clue and sounds inane both on camera and off. Her asides to cameraman Stuart (who is as smart as Sylvia thinks she is) are unprofessional and annoying. Sylvia claims it is all an act, but when she’s not “acting” for the cameras she behaves exactly the same. At one point, she thinks “I try to sound as intelligent as possible.” But the next sentence is “Hey, I am blonde and beautiful so why do I need to be brainy as well?”

And as an aside, she wants us to believe that photography didn’t exist just a few years ago when she was in school, but now she can do on-location camera spots for television as a young reporter? Either understand how technology develops, or say it’s magic. As it is, the world-building is a mash-up of fairy tale and real world that just doesn’t work.

And the scene with Cinderella and the stepmother playing naked Twister is just plain weird. And that is not a euphemism or a joke.

I wish this book was better than it is, and it has an interesting premise, but it desperately needs a good editor.