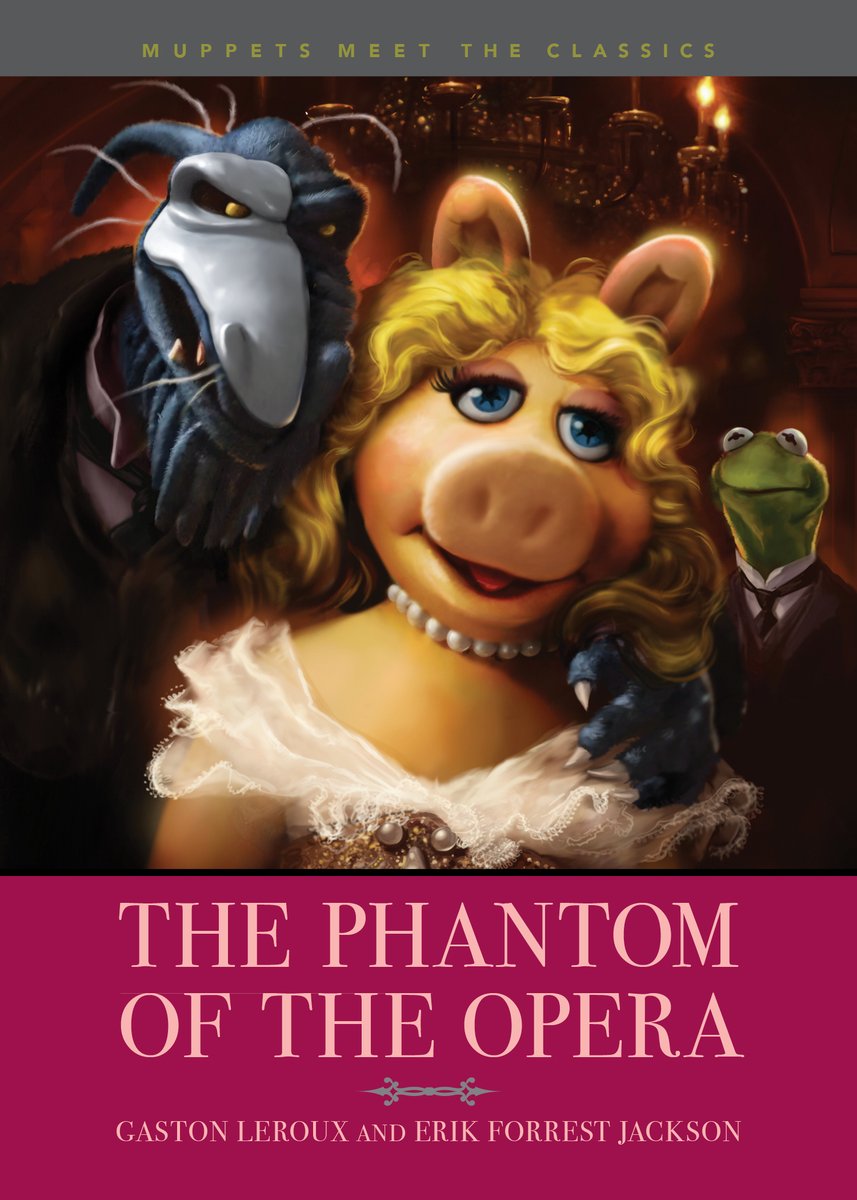 Today I read The Muppets Meet the Classics: The Phantom of the Opera by Gaston Leroux and Erik Forrest Jackson, illustrated by Owen Richardson.

The beautiful young ingenue, Piggy Daae. The handsome viscount, Kermit de Chagny. And the brilliant and terrifying Koozebanian of Music, who had Piggy under his spell. Between meals of course, a girl’s gotta eat. Hear the story as never told before, probably because it’s ridiculous. I mean, a pig and a frog in love? What’s next, a chicken and a blue whatever?

I picked up this ARC at the Ontario Library Association Child & Youth Conference last fall. As every other person who grew up in the 70s, 80s, and 90s, I love the Muppets. Muppet Christmas Carol and Muppet Treasure Island are gems (especially Tim Curry’s Long John Silvers), and Muppet Wizard of Oz is…there. When I saw this one I wanted to read it.
To be honest, I think the entire concept just works better visually. The time period is a strange mashup of the early twentieth century, but with cell phones and Jet Skis. While I normally love jokes on the footnotes, with the late and much-lamented Sir Terry Pratchett being the master, they just seem to fall a little flat in this case. While Deadly is a good and terrifying figure when you see him, he’s not the most easily recognized Muppet to cast as the title character. It’s almost like there is a little too much Muppet in the book, making it unbalanced. Mashups are hard, because you have to tell the original tale while making your changes make sense and keeping your characters in character. My favourite example is the novel version of Pride and Prejudice and Zombies, because they take the idea seriously, of how those people with their lives and their society would react if they really loved with zombies. The movie version didn’t take it so seriously, so it just felt awkward.

I will say, I do like the art that starts each chapter. I hope they leave it in black and white for the final version, it’s wonderfully evocative and dreamy, while inserting the Muppet characters into images from the class and novel.

It does say this is the first in an intended new series, and I would be interested to see what other classics they will choose and if each one will have a different author. The Muppets as a brand have a lot of goodwill built up over the decades, and even though they don’t currently have a movie or TV show running, nostalgia is big business these days. Let’s see if they can still light the lights.